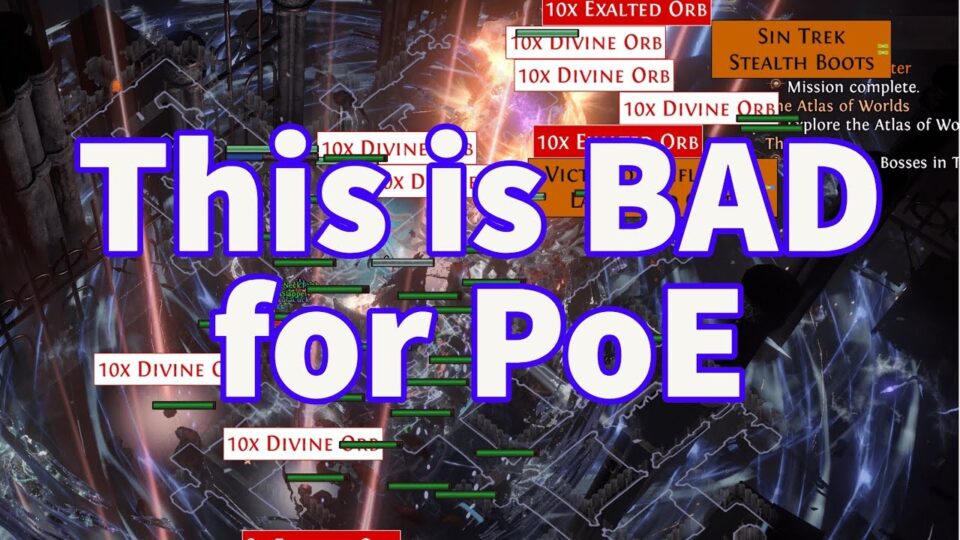 If you want to grow and defeat the Heart of the Grove, the Ultimate Boss in Path of Exile: Harvest, so that you can harvest its Lifeforce, then follow this guide.

Grinding Gear Games is responsible for the creation of the action role-playing game Path of Exile. The new summer expansion is called Harvest, and it gives players the ability to cultivate monsters, broaden their scope of available crafting materials, and create lovely gardens. The expansion also included new weapons, attacks, and legendary monsters in its package for players to use.

One of the Alienware gaming laptops was given away by Path of Exile, and it was determined that the winner would be the player who was the first to defeat Harvest’s Heart of the Grove Boss. The other Alienware gaming laptop was designated as a drawing prize, and the participants who had defeated the Ultimate Boss within the first week were eligible to win it. In addition, players could purchase in-game Path of Exile items such as Stygian Armor, Footprints, and Portals with their in-game currency. The giveaway was over on the 29th of June.

Harvest provides detailed instructions on how to cultivate the Heart of the Grove in Path of Exile.

In Path of Exile: Harvest, the player is required to acquire seeds from a seed cache in order to cultivate a monster. When a seed cache is opened, the passage of time in the garden will be accelerated. After that, the player has the option of sowing the seed in the Sacred Grove. Put a Collector in the middle of a cluster of seeds to siphon off their lifeforce, which can then be used to cultivate more seeds or improve the Collector’s arsenal. In order for certain higher-level seeds to be successfully grown, irrigation lines must be laid from the Collectors to the seeds themselves.

. Monsters that are raised in the Sacred Grove have a chance to drop seeds from tiers above their own

. For instance, the defeat of a monster. of

Tier 3 results in the discovery of a seed.of Tier 4

. However, the more difficult the monster is to vanquish is proportional to how high its

. This means that you run the risk of losing the resources that you invested in the crop in order to grow it

. It is necessary to plant Tier 3 seeds all around a Tier 4 seed in order for it to grow

. Once you have eight crops of the same color that have reached full maturity, you can begin harvesting

Wild Thornfruit, Vivid Scalefruit, and Primal Blisterfruit are the three seeds that belong to the Tier 4 category. The Heart of the Grove can be grown in your garden if you defeat a monster that grew from a seed of a higher tier in your garden. She doesn’t require irrigation but does require 100 maps. In the event that you are unable to vanquish it, it will reappear once you have killed a sufficient number of other monsters.

Path of Exile: Harvest strategy guide for overcoming the Heart of the Grove boss.

The player will need to move quickly in order to defeat the boss in Heart of the Grove, as she will quickly shoot projectiles in their direction. There are four defensive achievements that can be earned by remaining unharmed by her assaults. Both the color and the phrases that she yells out during each phase of her attack can be used to identify which phase is currently being used. In order to accomplish this, you must place an emphasis on defense and rush in with attacks while she is charging up.

During the orange phase, she will leave a yellow patch on the ground that she will refer to as the Sacred Suffering Patch. Destroy her wall to stop the disease from spreading and causing further damage. During her purple phase, she will prepare to cast her Orb of Thorns, which fires purple projectiles, and then she will charge up to do so. To avoid being hit by the attack, you should take cover while she charges up her PoE Orbs.During the green phase, she has access to a Vine Hammer that, when it makes contact with the ground, will cause a ripple of damage to be dealt. When she begins to charge up her attack, you should give her as much space as possible to prepare for it. During her blue phase, she is going to charge up, and then she is going to launch her Volatile Orchard. In this area, she will pursue the player with blue snakes that can transform into balls. Get away from them to prevent further damage.

After the Heart of the Grove has been vanquished, you can revel in the knowledge that you have successfully vanquished the Ultimate Boss for Harvest in Path of Exile. You’ll need to respawn her in order to finish the challenges you’ve fallen behind on and to collect the Lifeforce.

What You Should Know About Nang Delivery Melbourne

All you need to know about SportsCafe

A Complete Guide to the HashiCorp Terraform Certification Exam

The Official Site Plan – What Is It Used For?